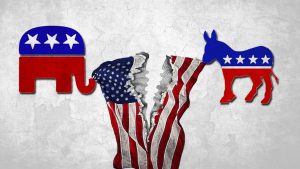 Not born yesterday implies that you can’t pull the wool over someone’s eyes. We supposedly are smarter than we were yesterday and we’ve had a lot of yesterdays. A fantastic mentor of mine Paul Maddalena has done a great job in opening my eyes to this concept. It’s tempting, as a US citizen to go off on the political scene from the perspective of Not Born Yesterday. The he did, she did, conversation going back and forth between the two major parties as if on a political gantry crane, is more than many of us can tolerate, but still we must listen.

More and more information comes out about the corruption of our system, but I’m not sure people are actually ready to hear it, or are really up for a change. You and me, yes, but what about the powers pulling the strings? This country is run by special interest groups, not the people. It is not in the best interest of many of these special interest groups to change. Keeping the status quo means they can continue to live off the backs of the American people. They can suppress the desires voiced by the people. By using and manipulating people who are in their pockets. They don’t want to lose their power, and they are using every dirty trick to make sure they don’t.

Here’s the deal, those special interests have ‘pulled the wool over the eyes’ of millions of Americans. The phrase brain washing may not be too drastic when it comes to describing the way some people follow, and buy into a thread of “news” whether it’s true or not. People only want to hear what they choose to – forget the facts.

Now I implied I wasn’t going to fall into the temptation of writing about American politics, but I’ve already said more than I wanted. I wasn’t born yesterday, and neither were you, so we can’t bury our heads in the sand and assume everything will be OK. It ain’t and it won’t.

It doesn’t start or end in the US. It is in the hands of a few international demigods. A few power brokers who are deeply involved in preserving the privileged life of their inner circle. Not long ago this was considered the rantings of a conspiracy theorist. Today with the world wide web, more has been exposed than in the entire century prior. We have the opportunity to take back our world and reign with equanimity for all.

It’s been said that the threat comes from the East, but who is fueling the fire? Who is supplying and protecting the interest of such a relatively small group? A virus of infested minds that is infiltrating every nation on earth? Who wants to keep fear running rampant? Who has the most at stake? Who is it that takes it so far as to finance barbarians training more barbarians to kill, mame and destroy a peaceful way of life? Who has the most at stake?

This author believes that a global elite is the hand pulling the strings of the puppet politicians, the giants of industry, the military, the media in almost all the corners of the world. Who are the global elite? Names that we all know will grace the top of the list. Those we have voted into power as well as those who stepped into the shoes of their ancestors are producing the play of life. Their influence has been a part of all things that matter in our lives for decades and decades. Life and death, war and peace and now some of that is at risk. The global elite is facing stronger opposition than ever before due to their exposure. It can’t go on – and it may go on for a little while longer, but the darkness has been exposed. Change is in the air and there is no turning back.

I invite your comments.