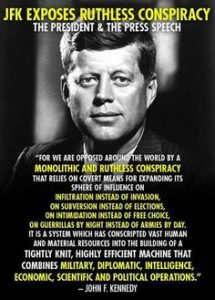 For decades, people have trusted their elected officials to do what was right for their constituents. Many of us have blindly handed over power – thinking we had our eyes wide open. Here’s the deal; we are beginning to wise up. As a result of scandal after scandal, government debauchery and the dawn of the world wide web, people are facing the depth in which they have been deceived. It’s not just the people of the United States, but citizens from nations all over the planet who are waking up, and taking a stand stating that they were not born yesterday.

Since the dawn of the internet and alternative media, the exposure of the crimes against the people cannot be hidden. Still our so-called leaders take themselves very seriously and have lost perspective as to what put them in power in the first place. The world is treated like their personal internet marketing company spewing out whatever reality suites their needs in the assumption that the folks will believe it. Many can use spin doctors and marketing firms to cloak the truth of their deceptive ways. Many are masters themselves in the game of manipulation and have daresay blatantly forgotten other realities for their own personal self-gain.

The Bilderberg Group
It’s no longer a laugh at a party when someone starts talking about world conspiracies. We wouldn’t allow ourselves to imagine that we could en-masse be so duped. Those who dare to speak of the Bilderberg Group were quietly whispered about behind their backs as if they were off their nut. Now the Bilderberg Group is front and center. Exposed to a degree like never before, everyday people from all walks of life are recognizing what is and have stop running away from it. We are calling out those who treat us as puppets in their personal theaters.

Still cloaked in secrecy the Bilderberg Group has at least been legitimized as really existing. Corrupt politicians, heads of industry, who are out front and those in the shadows, old, big money and royalty are all components that fill the seats at the Bilderberg gatherings. What are they up to and why should we start to take their self-imposed, quiet power seriously? Since the Group stays as far away from any press and media, information on them has been scant. With enough investigation, knowing the members and their history some of what is being revealed is conjecture, still too much points to global domination.

Manipulation of our food and water, currencies, health care, the media, leadership and world conflicts are just a few expanses the long arms of the members reportedly reach.

It all began back in 1954 when the wealthiest and most influential captains of industry, scientists and other global elite met at the Hotel de Bilderberg in Oosterbeek, the Netherlands. From 1954 they have met annually in secret to supposedly discuss their views of how the world should be run. Their annual meetings are by invitation only. Someone may be invited just once or for several years in a row. Neither the identity or the association of a participant needs to be revealed. Most attendees keep a very low profile and do not divulge their names.

Overall, they state their agenda is to bring world peace and economic balance. They’ve done a bang up job so far. On an interesting note it was back in 1955 that the Bilderberg Group discussed a European currency. Through leaked documents, WikiLeaks exposed the slow and methodical plan to bring about a single European state starting with the currency. In 2009 the Bilderberg quietly took credit for introducing the idea of a single European currency in 1990.

What have the people of the UK said about that in recent voting? They want out of the European Union and they want to keep their money as the pound. It may be the voice of a single country – but a big enough voice to send a very loud message to the “powers that be” – we were not born yesterday. I’ll continue in a series of article on this subject. It is top of mind and in our best interest to keep the conversation going.